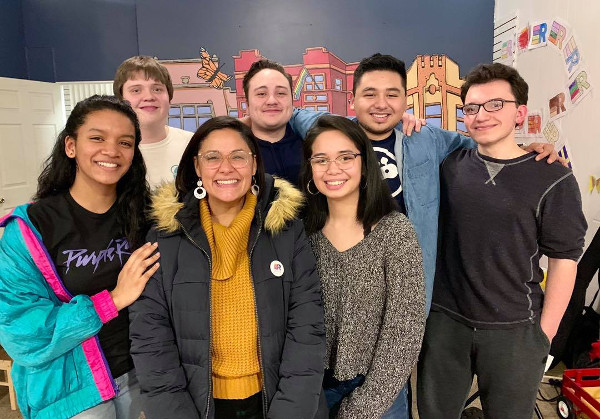 Rossana Rodriguez is fighting for rent control and the defense of immigrants with young supporters in the 33rd Ward.
PHOTO/FACEBOOK

CHICAGO, IL — This election will be different! That was the hope of millions of Chicagoans as they turned towards the April 2nd runoffs, which were under way as this is being written. Higher being written. Higher and higher rents and taxes, police violence, increasing costs for health care, with decreasing or non-existent services for the needy – all this continues to destroy the fabric of our communities. With schools closed and neighborhood funds diverted to property developers, many people are desperate for relief and change. The general election in February gave many a taste of victory as progressive aldermanic candidates scored some important victories. As we go forward, we cannot forget the promises made by candidates to secure our vote.

The energy and hope that has been generated across the city is something we Chicagoans need very badly. We must organize this movement into an effective force for a different future. We need to continue to reach across the Wards to embrace the movement for public housing, rent control, police accountability, the reopening of clinics, and an elected school board that serves the needs of our neighborhood schools not the elite. The process of organizing ourselves has begun and now it must be nourished with our sweat and our intelligence. It may be a long road, but the suffering people of Chicago are taking necessary steps on the path to an ultimate victory—when the many who are impoverished will be made whole.