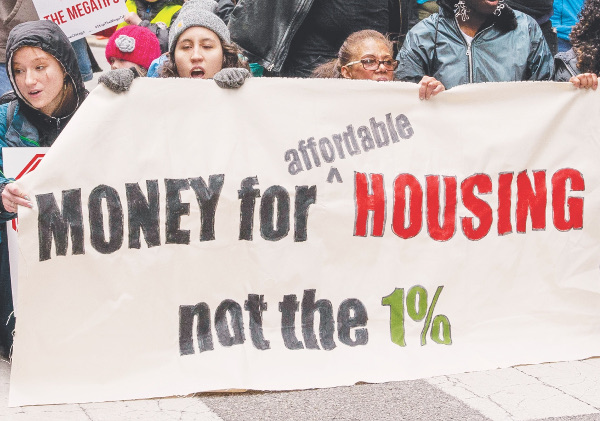 Why with all its power and wealth doesn’t the U.S. house its people? As millions of housing units stand empty, people die in the streets, and our schools are full of homeless children.

Trump threatens to round homeless people up and put them into camps. On the other hand, Bernie Sanders says “Homelessness isn’t a crime, it’s a symptom of the greed that is destroying America.” He pledged that if elected, “We will stop the criminalization of homelessness and spend nearly $32 billion to end it once and for all.” Sanders has said there has to be a movement, that he “can’t do it alone.”

We must insure the movement continues after the election. — From the Editors

Three homeless deaths a day: The city of Los Angeles sentences you to death