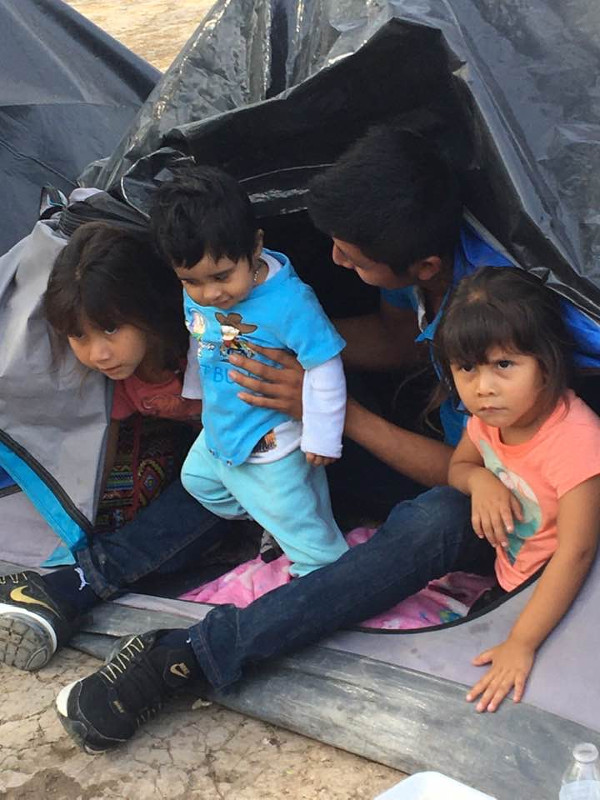 Your support is requested to help send a People to People Fact-Finding Delegation to the U.S.-Mexico Border. Activists from different parts of the country will come together to drive the entire border from Brownsville/Matamoros to San Diego/Tijuana. The delegation, which will include correspondents from the People’s Tribune and our sister bilingual publication, the Tribuno del Pueblo, will visit a number of communities on both sides of the border, contribute to the ongoing work of building connections among people along the border, and will highlight the injustices facing immigrants and border communities on both sides of the frontier. The delegation will publish a report after the journey, and the People’s Tribune and Tribuno del Pueblo will also help bring the voices of the immigrants and border communities to the rest of America.

We are moved to action by the following facts. These issues must be front and center in the upcoming elections:

More than 5,400 children have been separated from their families under Trump, and a record 69,550 migrant children were in government custody in 2019.

The Return to Mexico policy has placed migrants at risk of injury and death.

Since 2010, more than 100 people have died in Border Patrol custody and there is no accountability for abusive practices.

Under Boy Scouts of the Border Patrol programs, youth are brainwashed with public funds and trained to arrest undocumented immigrants.

Immigrant detention has become a big business, and ICE has terrorized our communities since 2003. Just last year we reached a historical high with over 50,000 detentions in the country. The extreme cruelty the current regime has inflicted on children came on the heels of daily torture of adults in over 200 detention centers. We call for an end to all detentions and deportations.

During the 12-day journey that will begin April 22, a core team will drive from Texas to the southern tip of California. Other activists will be joining at points along the way to bear witness to the realities at the border. Leno Rose-Ávila, a longtime activist, will be the lead coordinator of the delegation.

The delegation needs to raise a minimum of $15,000 to $20,000 for car rental, gas, lodging and food for this journey. We ask for your financial support for this delegation. No amount is too small.

To make your donation, please go to the tribunodelpueblo.org donation page. Or send your checks to:

Please specify that the donation is for the People to People Fact-Finding Delegation to the U.S.-Mexico Border. For a list of endorsers and sponsors to date, visit tribunodelpueblo.org.
Thank you.