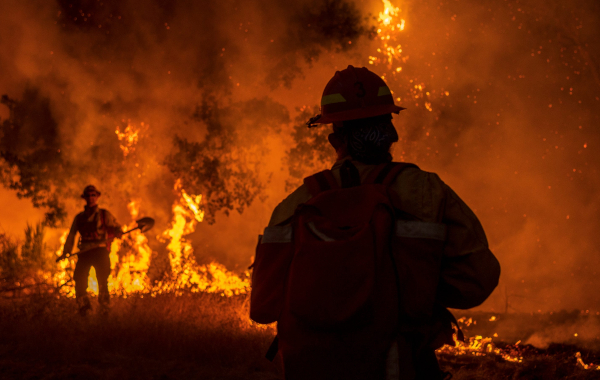 California is seeing the largest fires in its history and it isn’t even peak fire season. Over three million acres have burned. The sky is dark orange in places. The air quality and extreme heat wave is especially dangerous to people forced to live or work outside. “This isn’t climate change, climate has changed,” says climate writer Steve Horn.

The fires result from a mix of prolonged drought from climate change and the resulting tinder like conditions, where a tossed cigarette butt or a lightning bolt can spark a fire. The main contributor to climate change is fossil fuels. If the most intensive fossil fuel use is maintained, some say it will produce a global temperature rise of around 8 degrees F by 2100.

The Sunrise youth movement is demanding that Biden/Harris make a plan to enact the Green New Deal.

As we go to print the fires are also raging in other west coast states.

Information for this story is from FB and a“Stir Crazy” interview.