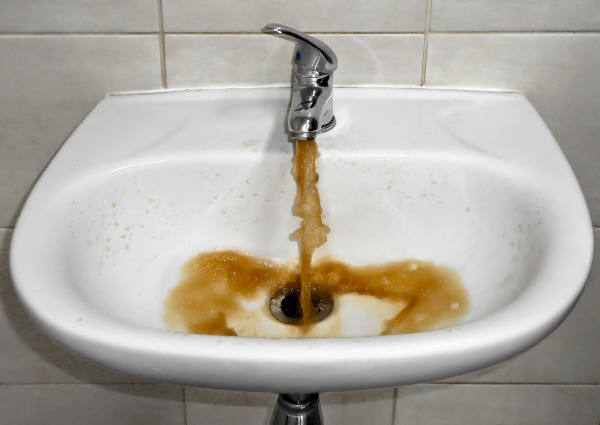 Toxic water is delivered to many homes across the country.

The People’s Tribune hosts ongoing discussions with many of our communities, urban, rural and Native, across the country facing water crises. In bringing together water activists from diverse areas, north to south, east to west, we have come to see our struggles have a common denominator: refusal of public officials to act on toxic water, and a drive toward private ownership of water for profit, often aided by our governing bodies.

The following are statements from speakers on a recent call:

“[Our water source] is the Mississippi River and there are about 300 chemical companies between Baton Rouge and New Orleans which put an awful amount of poison into the water and also into the air and land. We’re talking about large chemical companies like Exxon. . . We’ve had researchers come into the community taking people’s health history. And they’ve shown that the closer you live to the worst [plants], [people have] the worst conditions. Fifty percent of the greenhouse gases emitted in this space and the whole state of Louisiana come from this area between Baton Rouge and New Orleans.” — Pat Bryant, Cancer Alley, a.k.a Death Alley

“I’m calling in from California. I serve on a public water board. It services 24 cities in L.A. County. And I have an opportunity to follow issues across the state of California as a critique of water, public water agencies, and also private water companies. And one of the things that really concerns me is this effort across the state to privatize these public water agencies that have received a massive infusion of public funding. Our particular water agency has been fighting to actually do that. But . . . oftentimes the legislation doesn’t say they’re going to privatize . . . the members of the legislature, unfortunately, who are also representing their communities, step in and say, ‘Oh, well, you know, this water agency is problematic. It’s financially unstable. Its governance structure is not effective. So we’re going to put the public water agency involved into receivership for a couple of years.’ Many of you may have heard about the brown water that was being delivered to communities and local assemblymen introduced a bill that put it into receivership. The state water resources board, responsible for appointing the County of L.A. as the interim receivership, gave the county the authority to decide its governance structure. And two years later, this waterboard governance was totally dissolved. And the assets of that public water agency were given to a private water company. So now it’s a private water company that has already notified the residents that their water bills will increase exponentially in two years. That is a community in the district that I represent.”