The People’s Tribune is devoted to the understanding that an economic system that doesn’t feed, clothe, house, or care for its people must be and will be replaced with a system that meets the needs of the people. To that end, this paper is a tribune of the people. It is the voice of millions of everyday people who are fighting to survive in an America in crisis. It helps build connections among these fighters and the awareness that together we can create a whole new society and world.

Today, technology is permanently eliminating jobs. Our needs can only be met by building a cooperative society where we the people, not the corporations, own the technology and the abundance it produces. Then, everyone’s needs will be provided for.

We welcome articles and artwork from those who are engaged in the struggle to build a new society that is of, by and for the people. We rely on readers and contributors to fund and distribute this paper.

The People’s Tribune, formerly published by the League of Revolutionaries for a New America, is now an independent newspaper with an editorial board based in Chicago.

Deadlines for articles and art: The deadline for articles, photographs and other art is the first of each month for the issue that comes out at the beginning of the following month. For example, the deadline for the June issue is May 1. Articles should be as short as possible, and no longer than 500 words. We reserve the right to edit articles to conform to space limitations.

Sandra Reid has been an editorial board member since 1992, and serves as Production Manager. She is also the founder and coordinator of Speakers for a New America, a speakers bureau affiliated with the People’s Tribune and its sister publication, the Tribuno del Pueblo.

San Francisco poet Sarah Menefee is a long-time homeless rights activist, an active member of OccupySF, and a founding member of the League of Revolutionaries for a New America and the Revolutionary Poets Brigade. Her latest collections of poetry are Human Star and In Your Fish Helmet.

Cathy Talbott is a former telephone operator, a job lost to automation. She was a homeless mother of two who fought for welfare rights. As co-host of a weekly community radio program out of Carbondale, IL, “Occupy the Airwaves,” she uses the pages of the People’s Tribune to educate her audience on the issues facing the new section of workers created by electronic production.

If you would like to suggest material to be uploaded to the People’s Tribune website, please send to the editorial board at info@peoplestribune.org. Permission from the author is required. — The Editors 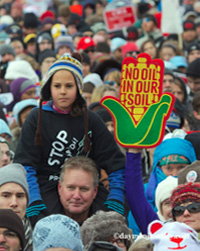 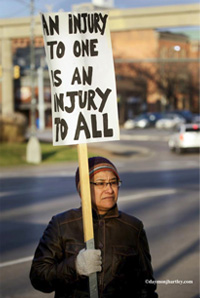 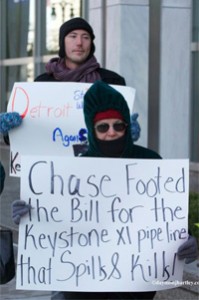 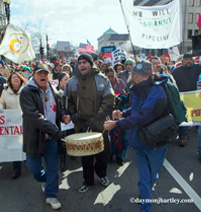 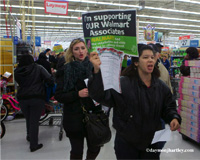